The legacy of President Hassan Rouhani

Monday, 19 October 2020_The United States of America has resorted to what amounts economic and medical terrorism since 2018 when it unilaterally withdrew from the Iran Nuclear Deal. As part of the “maximum pressure campaign” against Iran, even food and essential medicine has been included in the new restrictions. 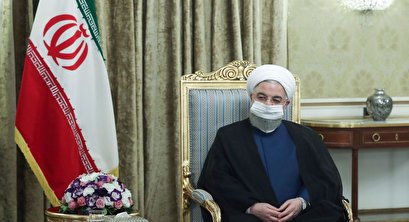 President Hassan Rouhani, with less than a year left of his second term in office; holds firmly to the view that the blame for Iran’s flailing economy can be ascribed to the “sweeping” US sanction.

With all the sanctions and so little time till 2021 what avenues are open to Iran and how can it overcome the tremendous hurdles it is faced with?

Is the economic downturn Iran is going through just a result of the sanctions or mismanagement?

I believe that the main problem is lack of competent management because nothing serious has been done in economic terms.

We had no planning for conditions of sanctions, the present circumstances where the US has quit the JCPOA. The weakness of our economy is that we have made temporary decisions instead of planning for a long-term perspective. Therefore I attribute the current economic problems to the administration’s lack of planning and I think sanctions come next by far.

Economic plans and implementations of past seven years

The current system has inherent weaknesses evident in the fact that, despite a huge budget, there has been no improvement in national production or employment, not to mention our economic culture.