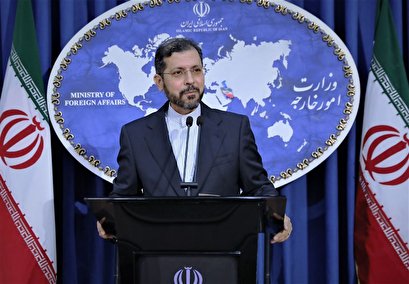 Speaking at a weekly press conference on Monday, Khatibzadeh rejected the “untrue” reports about the relations between Tehran and Beijing, saying, “No (Iranian) money is blocked in China.”

“Many (such) reports (about Iran-China ties) are incorrect. We are in constant talks with the Chinese,” he stated.

There are resources in China that are being used for Iran’s economic cycle, the spokesman said, adding that those resources are different from the frozen Iranian assets in Japan, Iraq and elsewhere.

Last week, President Hassan Rouhani said Iran has stepped up efforts to use its foreign currency reserve assets frozen in other countries despite the US pressures.

Governor of the Central Bank of Iran Abdolnasser Hemmati said earlier this month that his negotiations with the Iraqi officials have yielded “positive” results, as the Arab country has given its approval to the release of Iran’s frozen assets for the purchase of basic commodities.