Tuesday, 20 October 2020_A 47-year-old man in a wheelchair has been killed in a hit-and-run incident while attempting to cross the street, according to US authorities. 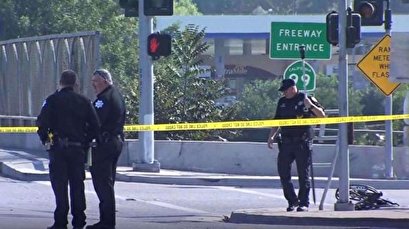 The incident took place at approximately 2:40 a.m. on Sunday morning in Fresno, California, when the man was attempting to cross the road at the top of a highway off-ramp when he was struck by a vehicle.

“The suspect was coming off of the southbound 99 freeway onto the on-ramp,” said David Wilkin on the Fresno Police Department in an interview with ABC News’ Fresno station KFSN. “The victim appeared to be crossing the street in the crosswalk when he was struck by the vehicle.”

The victim in the incident was immediately taken to Community Regional Medical Center but died from his injuries on Sunday morning.

“The victim was taken to the hospital and, unfortunately, this morning he succumbed to his injuries,” Wilkin confirmed to KFSN.

The identity of the man has not yet been released.

Authorities are now looking for the suspect involved in the death of the man and say they are on the lookout for a silver or gray Subaru or sedan with frontend damage.

The investigation is currently ongoing and anybody with any information in this case is asked to contact the Fresno police immediately.