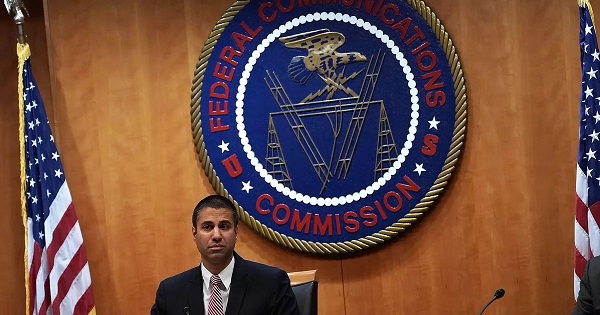 House Democrats slammed the Federal Communications Commission (FCC) chairman on Monday over his announcement that the panel would move forward with the Trump administration’s petition to clarify the meaning of a law that grants tech companies a legal liability shield over content posted on their websites by third parties.

Democratic leaders on the House Energy and Commerce Committee accused FCC Chairman Ajit Pai of attempting to help a “flailing President Trump” through his decision to move forward with the administration's push to clarify Section 230 of the Communications Decency Act.

“The timing and hurried nature of this decision makes clear it’s being done to influence social media companies’ behavior leading up to an election, and it is shocking to watch this supposedly independent regulatory agency jump at the opportunity to become a political appendage of President Trump’s campaign,” the Democrats added.

They said the FCC’s “rush to push President Trump’s agenda weeks before Election Day should be seen for the reckless and politically-motivated stunt that it is.”

Pai’s announcement last week that the FCC would move forward with the administration’s petition to clarify the meaning of Section 230 came after Trump and his GOP allies renewed allegations of an anti-conservative bias and accused social media companies of censorship after Twitter and Facebook moved to limit the spread of a New York Post story about Hunter Biden.

The article about Democratic presidential nominee Joe Biden’s son drew skepticism over its sourcing. The report included allegations, based on emails obtained from a hard drive with no substantive links to anyone involved, that Hunter Biden had organized a meeting between a Ukrainian businessman and the former vice president. Other media outlets have not been able to confirm the information.

The Biden campaign denied allegations in the report, stating that no such meeting happened and pointed to numerous investigations that concluded that there was “no wrongdoing” by the former vice president regarding Ukraine.

Pallone and Doyle’s statement adds to Democratic criticism in response to Pai’s announcement. Sen. Ron Wyden (D-Ore.), one of the original authors of Section 230, slammed Pai last week after the announcement.

Trump targeted Section 230 in a May executive order shortly after Twitter fact-checked some of the president’s posts about mail-in voting. The order had the National Telecommunications and Information Agency submit a request to the FCC for the law to be reconsidered. It was widely criticized by tech groups and legal experts who noted that Congress has the authority to amend laws.

Pai said last week in a statement that the FCC’s general counsel told him the agency “has the legal authority to interpret Section 230.”

The two Democrats on the five-person FCC also criticized the order last week.