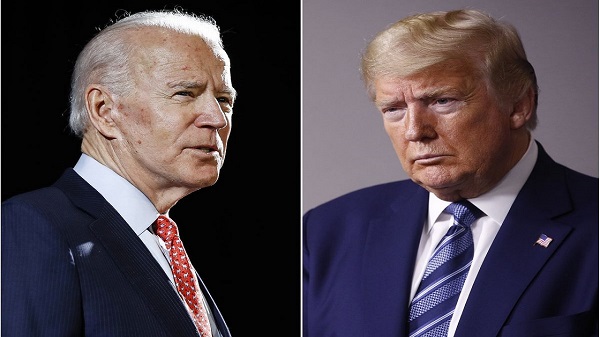 CNN Poll of Polls averages across 10 key battleground states suggest tight races heading into the final two weeks of the campaign in seven states and former Vice President Joe Biden ahead in the averages of the other three, all of which President Donald Trump won in 2016.

In Pennsylvania, Michigan and Wisconsin, the averages suggest Biden holds the support of a majority of voters and a sizable advantage over Trump.

The Pennsylvania average shows Biden's largest lead. The Democratic nominee averages 52% support to Trump's 43% in polling conducted between September 20 and October 5. In both Wisconsin and Michigan, the averages show Biden with 51% support to 43% for Trump. Trump's victory in each of these states in 2016 came via a margin of less than a percentage point. Except for 2016, all three states broke for the Democratic candidate in each presidential election since 1992.

In 2016, Trump carried all 10 states where CNN Poll of Polls averages are being released Tuesday: Arizona, Florida, Georgia, Iowa, Michigan, North Carolina, Ohio, Pennsylvania, Texas and Wisconsin. He is numerically ahead of Biden in the averages of current polling in just one of these states, Texas, where his support averages 49% to Biden's 45%.

The averages suggest a narrow tilt in Biden's favor in Arizona and in Florida; 49% support Biden and 45% Trump in both places.