Tuesday, 20 October 2020_Top US health expert Anthony Fauci has fended off another attack against the immunologist launched by US President Donald Trump. 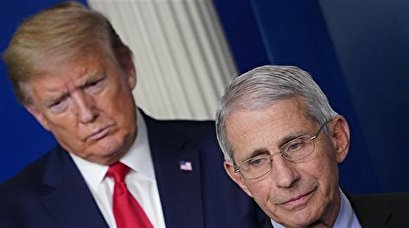 In an interview with Southern California AM radio station KNX1070 on Monday, Fauci reacted to Trump's derogation of the expert, calling him an "idiot" and a "disaster".

On Monday, Trump said in Las Vegas that Americans were tired of "Fauci and all these idiots,” referring to health officials.

In the radio interview after Trump's remarks, Fauci dismissed his comments as a "distraction", insisting that his focus was on the health and safety of America.

Fauci said he did not want to create a “me against the president” scenario, insisting that people's health was his top priority.

“[Addressing the virus is] the only thing I really care about. That other stuff, it’s like in 'The Godfather': Nothing personal, strictly business as far as I’m concerned. I just want to do my job and take care of the people of this country,” Fauci reiterated.

“I would prefer ... to protect the health and welfare and safety of the American people predominantly, and ultimately, of the world," he added.

Fauci warned,however, that there had been a recent surge in the number of COVID-19 cases at hospitals.

"We are seeing an uptick in cases — higher than they’ve ever been. Many, many states that had been doing reasonably well are now showing upticks," he said.