Tuesday, 20 October 2020_Iran’s exchange and gold markets show fresh signs of oscillation as speculators keep wagering on results of the November 3 presidential election in the US. 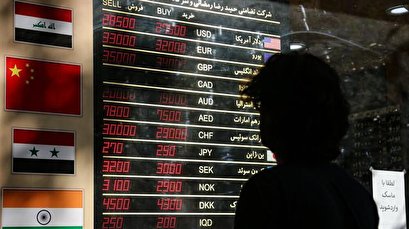 The dollar was down almost 12 percent against the Iranian rial on Tuesday, closing at 275,000 rials in the unofficial market in Tehran.

Traders said the rial firmed mainly because investors have started to lose confidence in the dollar in the run up to the US presidential votes where a defeat for US President Donald Trump is becoming increasingly likely.

They said recent government injections of hard currency into the market as well as news last week that some $5.5 billion worth of Iranian funds in neighboring Iraq had been unblocked also contributed to rial’s surge.

However, deputy head of Tehran’s Gold and Jewels Association said that dollar’s fall was mainly a result of excessive supply of second hand gold into the market earlier on Tuesday.

“This caused the price of gold to reduce which caused the bullion to plunge and this issue, for a first time, led to the reduction of exchange prices in the market,” Mohammad Kashtiaray was quoted as saying by the semi-official Tasnim news.