Wednesday, 21 October 2020_The Iranian ambassador to the United Nations has reiterated the country’s sovereignty over three Persian Gulf islands, saying those territories have always been and will always remain Iranian. 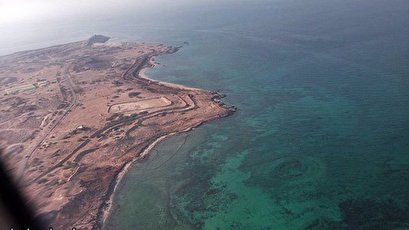 Speaking at a virtual meeting of the UN Security Council on Tuesday, Majid Takht-Ravanchi reacted to some unsubstantiated accusations raised against Iran’s regional role and attempts to dispute the country’s sovereignty over the trio.

Earlier at the session, Secretary General of the Persian Gulf Cooperation Council (GCC) Nayef Falah al-Hajraf had urged Iran to respond to the body’s call to resolve the dispute over the islands through negotiations.

“Since the issue related to Iranian islands has been mentioned here, I have to say that Abu Musa, Greater and Lesser Tunb islands have always been part of Iran. These islands are Iranian and will remain so,” Takht-Ravanchi said in response.

The strategically-positioned islands of the Greater Tunb, the Lesser Tunb and Abu Musa have always been part of Iran, the proof of which can be found in and corroborated by countless historical, legal, and geographical documents in Iran and other parts of the world. However, the United Arab Emirates has repeatedly laid baseless claims to the islands.

He also stressed that the Islamic Republic’s defensive requirements, including its missile program, stem from “geostrategic calculations and a significant historical experience.”

Iran, he added, is building up its defense capabilities in a bid to protect itself from the crimes similar to those committed by former Iraqi dictator Saddam Hussein during the 1980-88 imposed war.

Share to
Related News
UN Ambassador: UNSC should be reformed to benefit all
Zarif urges UN to unite against US unilateral actions
Tags
war ، UNSC ، sovereignty
Your Comment