Why US-led globalists are targeting Iran

Wednesday, 21 October 2020_President Hassan Rouhani has announced that the Iranian government has revealed a plot by the United States to break up the Islamic Republic, using both economic sanctions and fomenting division between different factions within Iranian society. 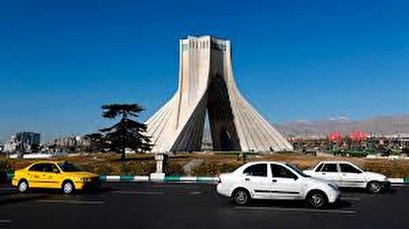 It's been known for quite some time that the US has its eyes set on Iran's downfall through division and regime change. Iran remains an independent country outside the emerging New World Order coveted by the West which has engulfed most of the world over the last several decades. Any country remaining outside the emerging One World Order will be targeted by the globalists.

The spiritual leader of this one world vision remains centered in Israel, while the financial center remains in London, and the primary military enforcer remains the United States.

US Secretary of State Mike Pompeo said he will impose sanctions on any nation that sells arms to Iran despite the Tehran government insisting that they have no intention of acquiring any unconventional weapons. Recent history has shown that US foreign policy is essentially Israeli foreign policy, so Pompeo has to act tough on Iran to please his bosses, even if it makes no sense at all.

President Rouhani has maintained that the Iranian economy is resilient and doing well despite the sanctions which have affected mostly foreign exchange. Rouhani has also called for officials and activists to maintain calm and avoid differences and disputes for now to avoid the West's desire to break apart the nation and absorb it into the one world vision.

After the US elections in November, the next president will likely implement further strategies to weaken Iran or they may provoke a war through a false flag event or outright aggression. Israel wants war, but they don't want to get their own hands dirty in the process.

Israel and global Zionism controls the US presidency, its legislature, its judiciary, and its mainstream media. Right now the world is occupied with the COVID-19 operation which is also a New World Order technique to consolidate power and 'reset' the economies of the world and how we live our lives as human beings. The only way to stop this madness is for the people of the world to turn off their mainstream media, propaganda, and disinformation sources and research how the world really operates.

We need to understand that those who desire a one world technocratic government and surveillance state are pathological people obsessed with domination and control of all aspects of humanity. We need to scientifically understand their means and motives and through this knowledge we can formulate counterstrategies that will be effective against this insanity.

More and more people are waking up to reality, but only to various degrees, and it may be too late unless people find reliable sources of information. This endeavor is proving to be more and more difficult because of increasing internet censorship.

Israel is playing a leading role in this censorship and they are making it more and more difficult to express ideas and disseminate factual information on established forums. It's basically a race against time. Either the ability to exchange ideas and educate the global masses in truth remains doable or we are all headed straight into a global society based not on reality but on an agenda of false narratives in the name of serving a pathological elite as human freedoms are lost to a permanent global dystopia.