‘Made in Iran’ generates big hopes in Iranian economy

Wednesday, 21 October 2020_There can’t have been many worse times to start a new business in Iran. Even before officials in the Islamic Republic alerted the public to a major outbreak of the coronavirus, the country started the year in a tense standoff with the US while its economy was being crippled by sanctions. 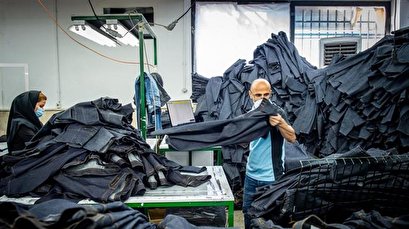 For a trio of design graduates, a captive market of tens of millions of consumers starved of imports made it worth the risk. Their fashion brand, Koi, has sold thousands of crop tops and striped jeans since July.

“Made in Iran” has emerged as a rare glimmer of hope in the financial destruction from being ostracized from the oil market and global trade while Covid-19 rages. In a country where so many people’s lives have been defined by cycles of Western restrictions, brands like Koi, Zi Shampoo and Bonmano Coffee are among the homespun names that are filling the vacuum for consumer goods.

“We just knew it would work because we ourselves and so many people around us were so desperate for basic, simple things,” said Armita Ghasabi, 30, one of Koi’s founders.

Koi uses fabric spun at a textile mill in Iran’s northwestern city of Khoy, eliminating the need for imported materials. A dearth of competition from global brands and low labor costs keep prices affordable and their margins healthy, according to Ghasabi. For every $18 pair of jeans, they make the local currency equivalent of $11 of profit to spend on new product lines.

Iran for years has prided itself on resilience, something that Supreme Leader Ayatollah Seyyed Ali Khamenei has tried to expand on and enshrine in policy with his “resistance economy” doctrine. The 2015 accord on reducing its nuclear enrichment promised to bring the nation back into the international fold before President Donald Trump abandoned the deal and started his assault on Iran’s economy.