Can Russia and the USA come to terms on the curb and control of Nukes?

Wednesday, 21 October 2020_Much speculation surrounds whether Russia and the United States can reach an agreement over the signing of a nuclear weapons contract designed to curb and control nuclear weapons production, deployment and research. However, it seems that neither party is willing to engage in a new contract over a dispute as to what the rules actually should be. A proposal to extend the deal by Russia has been rejected by the United States, 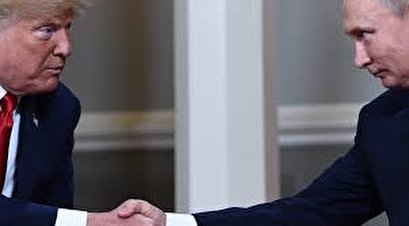 This could lead to a ‘lack of trust’ between both parties as they enter a potential new arms race.

Russia and the United States are undeniably the world’s most powerful nuclear armed nations; with thousands of warheads between them, stockpiled as a result of tensions during the Cold War, and continuing today as both nations seek to use the deterrence theory to dominate each other across the global arena.

The so-called NEW START, or the Strategic Arms Reduction Treaty was designed to curb the nuclear arms held by both nations. But a proposal to extend the deal by Russia has been rejected by the United States.

he Russian versus American viewpoint

President Vladimir Putin of Russia has pointed out that the arrangement has worked perfectly to limit and contain nuclear weapons in the hope of preventing a new nuclear arms race, unseen since the Cold War ended.

“All those years, the new START has worked, playing its fundamental role of limiting and containing an arms race.”

However, there is clearly a difference of opinion emerging over the deal, with the US National Security Advisor Robert O’Brien claiming that the deal could go ahead provided both parties cap all nuclear warheads during the period.