Wednesday, 21 October 2020_The foreign ministers of Armenia and Azerbaijan have arrived in Russia to discuss their countries’ dispute over the South Caucasus region of Nagorno-Karabakh, days before heading to Washington for separate meetings with US Secretary of State Mike Pompeo, as heavy fighting over the region is in its fourth week. 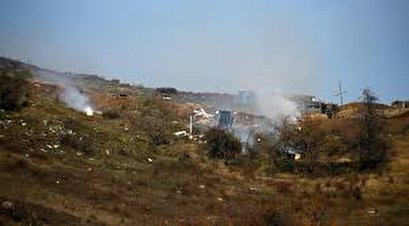 The two Caucasian countries said their top diplomats were in the Russian capital, Moscow, on Wednesday.

Azerbaijani Foreign Minister Jeyhun Bayramov arrived in Moscow for “consultations with the Russian side,” the Azeri Foreign Ministry said in a statement.

His Armenian counterpart, Zohrab Mnatsakanyan, was set to meet with Russian Foreign Minister Sergei Lavrov “to discuss the situation in Karabakh and the implementation of a ceasefire agreement,” said Armenian Foreign Ministry spokeswoman Anna Nagdalyan.

It was not clear if the two diplomats would meet Lavrov jointly or separately.

The pair will also meet Secretary Pompeo in separate meetings in Washington on Friday. They have ruled out a trilateral meeting there.

The US State Department has not made a statement on the meeting.

Russia has so far brokered two humanitarian ceasefires to bring an end to the deadly conflict that erupted over Karabakh in September. Moscow’s efforts for peace, however, failed to stop the fighting as both Yerevan and Baku violated the ceasefires.