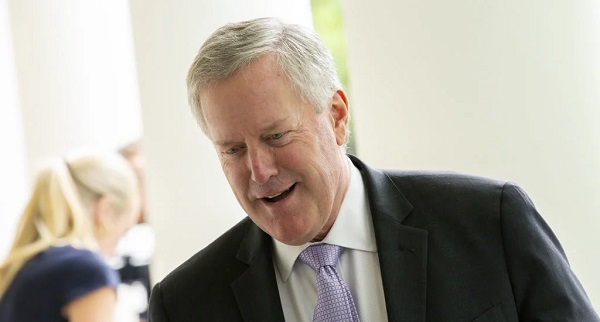 White House chief of staff Mark Meadows on Wednesday attempted to temper expectations about a possible investigation into Hunter Biden, one day after President Trump urged the attorney general to launch a probe into his political rival's son.

Meadows told conservative radio host Hugh Hewitt that he's spoken with Trump about the need for a special counsel to independently investigate emails between Hunter Biden and foreign businessmen while his father, Democratic presidential nominee Joe Biden, was vice president.

Meadows argued assigning a special prosecutor to the case "has merit" but downplayed that it is a pressing matter in the White House and shot down the prospect of any findings coming out before Election Day.

"It’s not necessarily at the top of our priority list in this last 13 days, but as we’re looking at that, we think an independent special counsel might be the best medicine for this, not that anything would come out before Nov. 3, nor should that be an expectation that any of your listeners would hear," Meadows said.

Meadows said he has not discussed a potential special counsel with Attorney General William Barr and does not plan to.

"Honestly, I’ve tried to let him do this job independent of any direct, you know, contact from the White House," Meadows said, adding that it's possible there is already an ongoing investigation that he is unaware of.

Trump on Tuesday directly pushed Barr to investigate Hunter Biden in the wake of a controversial New York Post report that alleged the younger Biden helped broker a meeting between an executive at the Ukrainian gas firm Burisma Holdings and his father when Joe Biden was vice president.

The story has been disputed by Joe Biden’s campaign, which has said that his official schedule from the time did not list any such meeting. Other news outlets have not confirmed the Post story, and outside experts have raised questions about whether it could be part of a foreign disinformation campaign. There is no evidence of wrongdoing by either Biden or proof that Hunter Biden's role on the Burisma board influenced U.S. policy.

Trump is expected to raise the issue during Thursday's debate in Nashville.