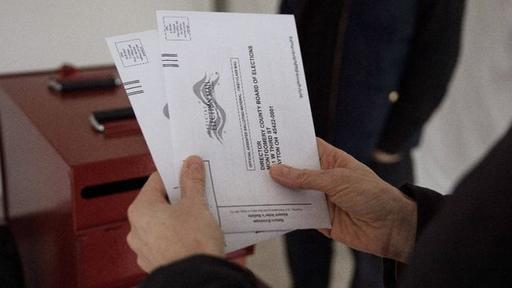 The 4th Circuit Court of Appeals in a 12-3 decision denied an effort to block the North Carolina State Board of Elections from counting ballots postmarked by Nov. 3 but that arrive before Nov. 12.

“All ballots must still be mailed on or before Election Day,” Circuit Judge James Wynn wrote, according to Reuters.

“The change is simply an extension from three to nine days after Election Day for a timely ballot to be received and counted. That is all,” he continued.

North Carolina usually counts absentee ballots that arrive up to three days after the election, but the state’s Board of Elections agreed last month to extend the rule to nine days due to a spike in absentee ballots during the coronavirus pandemic.

The president’s campaign, the North Carolina Republican Party and other groups sued over the plan.

The Trump campaign appealed the case to the federal court after U.S. District Judge William Osteen upheld the plan last week. Attorneys for the campaign argued that the extension “risks giving procrastinating voters another excuse to wait, and perhaps miss the postmark deadline,” Reuters noted, adding that they also alleged that the rule undermined state law.

All three of the dissenting judges in Tuesday's ruling were Republican appointees. However, the circuit court’s three Trump appointees all voted with the court’s Democratic appointees, Politico noted.

The judges who dissented from the Tuesday decision called on the plaintiffs to appeal the case to the Supreme Court, calling for clarity as groups continue to challenge state elections rules throughout the U.S.

A record number of voters will cast their ballots by mail this year amid fears over the ongoing coronavirus pandemic. Democratic and Republican groups have launched lawsuits across the country over voting rules and guidelines for ballots.