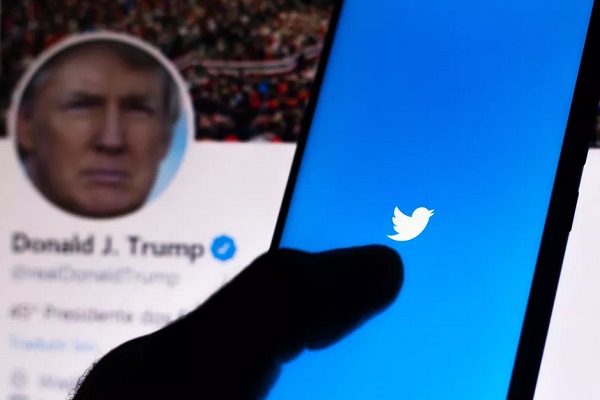 A federal judge on Wednesday ruled that President Trump’s tweets earlier this month calling for the declassification of documents related to the investigation into Russian interference in the 2016 election were not official orders for the records’ release to the public.

U.S. District Judge Reggie Walton said in a telephone hearing Wednesday, according to Politico, that he accepted White House chief of staff Mark Meadows’s sworn declaration on Tuesday that Trump’s tweets “were not self-executing declassification orders and do not require the declassification or release of any particular documents.”

Walton, however, condemned the president’s actions, saying in the briefing, “It is unfortunate that we are in this situations because, obviously, when there’s ever a reference to declassification of classified information those words spoken should be artfully spoken, so there’s no ambiguity as to what the intent was, and, obviously, that’s not what occurred here.”

The Electronic Privacy Information Center as well as BuzzFeed and CNN filed lawsuits to gain access to the documents, arguing that Trump’s Oct. 6 tweets constituted an order to declassify the requested materials.

In the tweets, Trump claimed that he had declassified all documents related to the “Russia Hoax,” a phrase he often uses to refer to former special counsel Robert Mueller’s investigation into Russia's election interference determined by the intel community to have occured in 2016.

“I have fully authorized the total Declassification of any & all documents pertaining to the single greatest political CRIME in American History, the Russia Hoax,” Trump tweeted on Oct. 6. “Likewise, the Hillary Clinton Email Scandal. No redactions!”

Last week, Walton asked the Department of Justice (DOJ) to file a declaration from Trump or one of his aides explaining whether the president meant to declassify the documents without redactions, which would directly conflict with the position of the DOJ.

“I think the American public has a right to rely on what the president says his intention is,” Walton said at the time, according to The Washington Post.

“It seems to me when a president makes a clear, unambiguous statement of what his intention is, that I can’t rely on the White House Counsel’s Office saying, ‘Well, that was not his intent,’” the judge added.

In his statement Tuesday, Meadows argued that instead of an official order, Trump’s tweets “related to the authorization he had provided the Attorney General to declassify documents as part of his ongoing review of intelligence activities relating to the 2016 Presidential election and certain related matters.”