Thursday, 22 October 2020_Peter Greenberger, a former Twitter and Google executive, has called for the social media accounts of US President Donald Trump to be shut down until the election is decided. 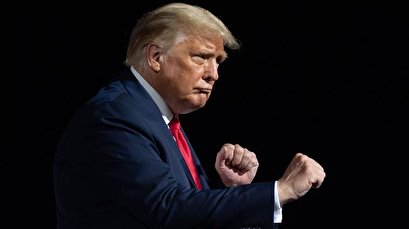 Forest Hills Consulting CEO Peter Greenberger, who is Twitter’s former global director of content partnerships and Google’s head of industry relations, said in interview with CNN that while censoring the US president is an “extreme” idea, sometimes “extreme times demand extreme suggestions,” The Washington Times reported.

“I did not come to this opinion lightly,” he said. “I believe that the tech companies generally have a responsibility to be neutral. And I think in the case of Twitter, specifically, it has been a great champion of the democratization of information as well as a strong supporter of freedom of expression.”

“However, we are in a unique and I believe a fraught moment in time with a president who is desperate and he’s facing a very difficult situation,” he added. “I think the time is to mute the president temporarily while votes are being cast right now and until the winner is decided.”

He argued that the run-up to the US presidential election marks a crucial time for social media to make a bold action against Trump.

“I think this is something that Twitter and some of the other platforms have to consider very carefully,” Greenberger said. “This is, again, not a normal situation.”

Trump’s Democratic rival, Joe Biden, has demanded that Trump’s criticism of mail-in voting be stripped from the Internet and social media, where the president has denounced the “rigged” November election.

Last weekend, Twitter blocked a “misleading” tweet from Trump’s top coronavirus adviser, who undermined the importance of face masks amid widening virus crisis in the US ahead of the election.