Thursday, 22 October 2020_Russia describes a “peaceful solution” as the only way out of the hugely deadly flare-up in the disputed Nagorno-Karabakh region, a day after Armenia ruled out any role for diplomacy. 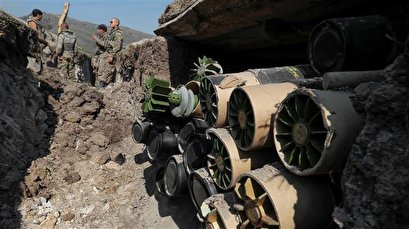 "Russia has been doing everything in its power to steer the current situation onto the political and diplomatic track. We are still convinced that this problem can only have a peaceful solution," Kremlin spokesman Dmitry Peskov told reporters on Thursday, according to Russia’s Sputnik news agency.

He, however, regretted, what he called, the two sides’ failure to commit to the agreements that have been reached towards remedying the conflict since September 27, when the Armenian separatists sparked a firefight by targeting Azeri forces. Peskov was referring to two set of truce agreements, one reached with Moscow’s mediation, that were broken shortly after their conclusion.

“Engagement in conflict resolution, mediation, and participation in the formats is only possible with the consent of the two sides,” Peskov noted.

Nagorno-Karabakh is internationally recognized as part of Azerbaijan, but is populated by Armenians and sought after by the Armenian secessionists.

Around 1,000 have reportedly died from the two sides during the violence since last month. The flare-up has proven the deadliest to erupt between the two sides since 1992, when Armenians invaded the region with Yerevan’s backing and forced Azeris into a retreat.

According to AFP, the civilian death toll on the Azeri side has surpassed 60, including 25 who died in two missile attacks that leveled rows of houses in Azerbaijan’s's second-largest city of Ganja.