Trump targeting Iran to explain a potential tsunamic defeat at the polls: Analyst

Saturday, 24 October 2020 _US President Donald Trump and the Republican Party are “potentially heading into a tsunamic defeat at the polls,” according to Myles Hoenig, an American political analyst and activist. 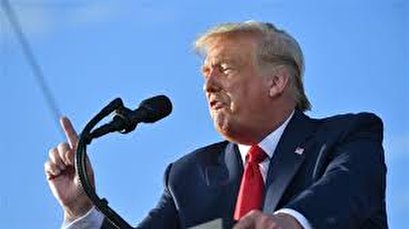 Hoenig, a former Green Party candidate for Congress, made the remarks in an interview with Press TV on Friday after the US administration imposed sanctions on three Iranian organizations over accusations of running a disinformation campaign targeting the upcoming presidential election between President Donald Trump and Democratic candidate Joe Biden.

The US Treasury Department said on Thursday the Bayan Rasaneh Gostar Institute, the Iranian Islamic Radio and Television Union and International Union of Virtual Media to its sanctions list over what it claimed "brazen attempts" to interfere with the US election and American voters.

The Treasury claimed that the three organizations worked to "sow discord among the voting populace by spreading disinformation online and executing malign influence operations aimed at misleading US voters" ahead of the US presidential election on November 3.

On Thursday, Iran’s permanent mission to the United Nations dismissed as “malign and dangerous” claims by US national security officials that the Islamic Republic was attempting to influence American voters, stressing that Tehran, unlike Washington, does not interfere in other countries’ elections.

Alireza Miryousefi, the mission’s spokesman, made the remarks in a post on his Twitter account hours after Director of US National Intelligence John Ratcliffe alleged that Iran and Russia had obtained voter registration information in an attempt to undermine confidence in the 2020 polls.

Speaking during a news conference at FBI headquarters, Ratcliffe also claimed that Iran was separately behind a series of threatening emails that were found to be sent this week to Democratic voters, which he said were “designed to intimidate voters, incite social unrest and damage” President Trump.

He also accused Tehran of distributing content including a video implying individuals “could cast fraudulent ballots, even from overseas.”