Saturday, 24 October 2020_The Sudanese regime is now set to normalize ties with Israel, adding it to the list of normalizers along with Jordan, Egypt, UAE, and Bahrain. Of course, integral to this club of “traitors” as they’ve been dubbed by many, is the Saudi regime, which is reportedly footing the bill for Sudan to allow it to quickly normalize ties with Israel. So is this normalization about “peace” or in fact Western domination, a plot to confront Iran and money? 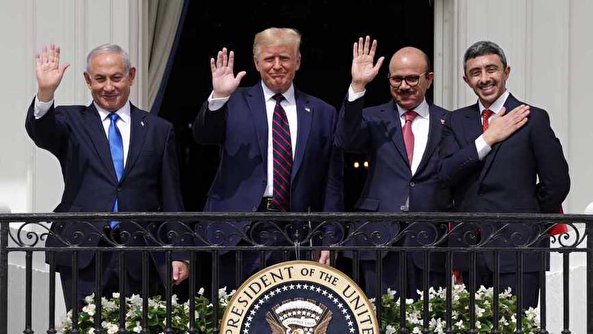 The so-called “peace” deals struck between Israel and Arab regimes have been manufactured specifically to serve both Western strategic interests and finance. The initial signing of what was called the ‘Abraham Accords’, where the UAE and Bahrain had signed onto normalize ties, can be linked to short and long-term strategic goals in the Middle East.

The short term for Israel and the US was achieving a political victory on behalf of US President Donald Trump and Israeli Premier Benjamin Netanyahu. Netanyahu needed a way to hold off on his promise of a de-jury annexation of the West Bank and Trump needed a win to make himself appear to the US public as having achieved a major political breakthrough in the Middle East.

Also, it is clear that there is a financial and military benefit involved in the so-called peace deals. Bahrain to a lesser extent evidently will allow for tourism and investment into the country, although the monetary gain is not as significant as it is in the case of the UAE. The UAE delegation, which arrived in Ben-Gurion airport this week, announced, alongside Israeli politicians, an agreement to sell Emirati crude, transporting it from the Red Sea to the Mediterranean. Also announced was that Israelis will be permitted to travel to the UAE without having to even obtain a visa, something which is of course not granted to Palestinians.

Share to
Related News
2,500-year-old tomb is discovered in Egypt
UAE diplomat: Talks with US on F-35s began after normalization deal was signed
Tags
Palestinians ، Egypt ، Jordan
Your Comment