FATF bows to US pressure, agrees to toughen rules on Iran

Sunday, 25 October 2020_The Financial Action Task Force (FATF), a global anti-money laundering watchdog, has agreed to a demand by the United Sates to toughen rules and regulations vis-à-vis Iran because the country has been evading sanctions imposed by Washington. 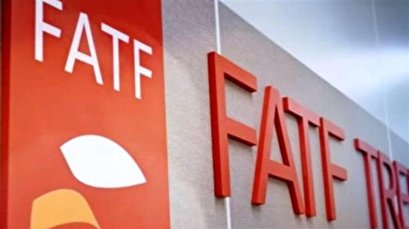 The US Treasury Department said on Saturday that the FATF members had agreed in their three days of meeting ending Friday that the body should change its standards to strengthen checks on efforts by countries like Iran and North Korea to evade US as well as United Nations sanctions.

That comes as Iran, unlike North Korea, is under no sanctions by the UN since it signed a major agreement with world powers on its nuclear program in 2015.

Tehran came under US secondary sanctions after Washington pulled out of the nuclear agreement in 2018.

The FATF agreeing to comply with US demands is a fresh sign that the global body is hugely influenced by Washington.

Iran has been blacklisted by the FATF since February for its lack of cooperation on money-laundering and terrorism financing conventions.

However, authorities in Tehran believe that Iran’s legitimate efforts to get round US sanctions would be in danger if it ratifies FATF conventions and accepts requirements on releasing sensitive financial data.

The US Treasury claimed in its Saturday statement that Iran has been setting up front and shell companies in countries that are member to the FATF.

It described networks established by Iran to circumvent sanctions as complex and elaborate, reflecting Washington’s desire to access secret information on how Tehran is dealing with major trade partners while it is banned from the dollar system.