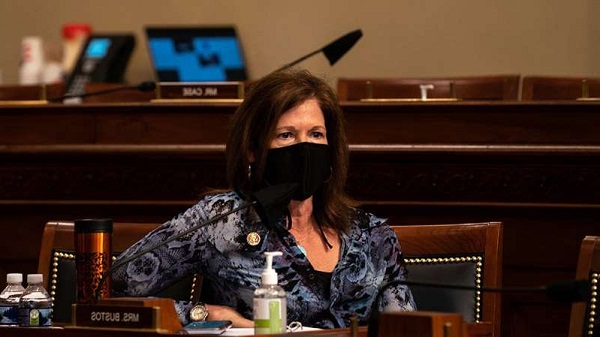 Bustos, the chair of the Democratic Congressional Campaign Committee (DCCC), represents a congressional district that then-candidate Donald Trump narrowly won in 2016. And while she trounced her GOP competitor in 2018, winning by more than 24 percentage points, Bustos is now facing what may be her most expensive and heated battle yet against GOP candidate Esther Joy King.

The Cook Political Report on Wednesday moved Bustos’ race against King from likely Democrat to a lean Democrat district. And internal GOP polling has also elevated Republican hopes that they can win the seat from the woman leading the House Democrats’ campaign effort.

Bustos, in a Zoom call with reporters on Wednesday, projected confidence heading into the final stretch, while also acknowledging that she has always expected tough races with her Trump-leaning district.

Asked why the race was tightening, Bustos said it is a “Trump district” and noted that her campaign has had to figure out ways to campaign in her district’s 14 counties amid the pandemic.

“I show up in all of them. Even during a pandemic, we’ve figured out ways to show up,” Bustos said.

Bustos’ campaign has attacked her GOP opponent for wanting to repeal the Affordable Care Act and for only living in the district for about a year, claiming King filed to run in the election shortly after moving.

“[H]er opponent, who supports the lawsuit that would raise health care costs and take away protections for people with preexisting conditions, just moved to the district from Chicago right before filing to run for Congress,” said Bustos campaign manager Tom Bryant.

“We're confident in our strategy heading into November.”

Some reports have also raised questions about King's claims about starting various social media and media-focused companies, which have little presence online. King, in response, has blasted Bustos for the scrutiny, claiming she is attempting to distract from her record representing the district.