Sunday, 25 October 2020 _The Iranian Army's Ground Force has conducted a set of tactical drills in the country’s general northwestern area, using the opportunity to field its optimized new “offensive” brigades. 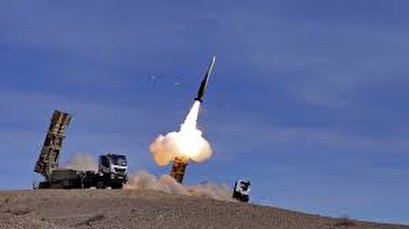 It said the drills fielded the force’s offensive mobile brigades that have been developed from former mechanized infantry brigades under the Ground Force’s “new structure.”

During the exercise, the involved units that operate as part of the Ground Force’s 164 Offensive Brigade, which is based in the city of Piranshar in West Azarbaijan Province, drilled nighttime and daytime raids “to display the [forces’] power, combat-readiness, and enhanced mobility.”

The exercise was also intended to enhance the Ground Force’s preparedness for rapid deployment and confrontation against potential sources of threat, the Army said.

The statement said the mobile brigade was being backed up during the exercise by infantry and artillery units as well as the engineers’ corps and drone squadron.

Speaking on the sidelines of the drills, Ground Force Commander, Brigadier General Kioumars Heydari, said the Ground Force’s units had undergone “profound changes” upon the instruction of Leader of the Islamic Revolution Ayatollah Seyyed Ali Khamenei.