Sunday, 25 October 2020_In Venezuela, many say US presidential nominees Donald Trump and Joe Biden represent the same threat against peace in the world, especially in Latin America. 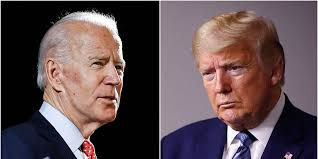 Venezuelans claim that US presidential election will not improve the foreign policy of the United States toward other nations, including those in Latin America, as this region is regarded by Washington as its political backyard.

Whether Republican Donald Trump is re-elected or his Democratic rival Joe Biden emerges victorious, Venezuelans affirm that the meddlesome and aggressive US policy against the Bolivarian Republic will not cease as both politicians belong to a political system that characterizes US imperialism. Venezuelans say Trump and Biden are the same in political terms.

Regarding the US sanctions, experts believe they won't be lifted if Biden wins the Presidency. In spite of the US savage policies against Venezuela, people seem to be hopeful about a better future.

Observers say Democrats and Republicans in Washington have both led hostile policies against Latin American, Venezuelans say no matter who wins the US Presidency, the hostility will go on but Venezuelans won't surrender.