Palestinians not expecting shift in US bias against them

Palestinians not expecting shift in US bias against them

Monday, 26 October 2020_The Palestinian Authority openly expresses its disdain for US president Donald Trump but doesn't expect much if Democratic presidential nominee Joe Biden wins in the upcoming US presidential elections after a series of controversial moves by Washington, including recognition of Jerusalem al-Quds as Israel’s capital in late 2017. 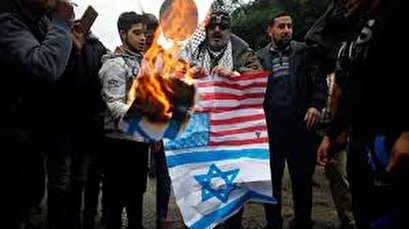 Palestinian officials say this doesn’t mean they are sure Biden’s possible victory would lead to a shift in the policy of the US administration towards them.  Palestinians here in the occupied West Bank shrug their shoulders at who the Americans will be electing as their next president. People here in Ramallah say they do not expect any shift in US policy regarding the Israeli-Palestinian conflict.

They say Trump could be worse than Biden however there won’t be any dramatic change in the American administration’s foreign policy. At the end of the day, Palestinian Authority believes Trump’s reelection would be disastrous taking in consideration that in the next phase he will work to impose on ground the so-called deal of the century that envisions the Israeli annexation of large swaths of the occupied West Bank, preventing a Palestinian state on the 1967 lines with its capital Jerusalem al-Quds and never reaching a resolution of the refugees problem.

The united states and Israel have a strategic alliance, backed by the powerful Zionist lobbies in Washington and deeply-rooted in economic interests. Hence, experts believe even if Biden wins the US presidential race, it will be near impossible for Palestinians to drive a wedge between the new president and the Israeli regime.