Monday, 26 October 2020_The final full week of campaigning before the Nov. 3 presidential election has kicked off in the United States as surging coronavirus death toll and new virus outbreak in the White House raise new questions about President Donald Trump’s COVID-19 response. 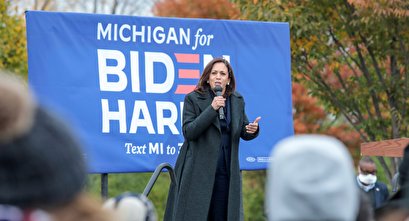 Trump has once against claimed that the US is “rounding the turn” on coronavirus as the country set records in recent days for daily infections.

“There’s no nation in the world that’s recovered like we’ve recovered,” Trump told cheering supporters in New Hampshire on Sunday.

However, Democratic challenger Joe Biden accused Trump of surrendering to the pandemic that has killed about 225,000 people in the United States.

The White House made its own COVID headlines on Sunday when officials acknowledged that another coronavirus outbreak had struck the White House, infecting Vice President Mike Pence’s chief of staff, Marc Short, and four other top aides.

White House Chief of Staff Mark Meadows said on Sunday that the administration was “not going to control the pandemic.”

“We are going to control the fact that we get vaccines, therapeutics and other mitigations, because it is a contagious virus — just like the flu,” Meadows noted.

Biden called Meadows’ remarks an admission that “they’ve given up on their basic duty to protect the American people.”

Trump made no reference to the new cases during campaign rallies in New Hampshire and Maine on Sunday as the virus continued to rage unchecked across the country and in the White House.