Monday, 26 October 2020_China and the United States seem to be headed toward a new high in tensions, with Beijing announcing plans to slap sanctions on major American firms involved in arms sales to Taiwan 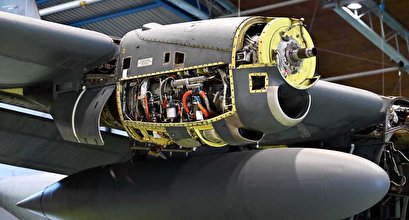 Chines Foreign Ministry spokesman Zhao Lijian told a news conference in the capital Beijing on Monday that Lockheed Martin, Boeing Defense and Raytheon were among the US businesses facing Chinese sanctions over arm sales to Taiwan.

"To safeguard China's national interests, the central government decided to take necessary measures to impose sanctions on US entities participating in the US arms sales to Taiwan, including Lockheed Martin, Boeing Defense and Raytheon," Zhao told reporters during his daily press briefing.

US entities and individuals with egregious records in arm sales will also be sanctioned, Zhao added without specifying how many in total.

No further details were immediately made available about what the sanctions will entail.

Last week, China strongly objected to the US arm sales and warned of a "legitimate response."

Despite Chinese objections, on October 21, the US approved a potential sale of three weapons systems to Taiwan, include sensors, missiles and artillery with a total value of $1.8 billion.