Tuesday, 27 October 2020_With fewer than 10 days to the US presidential election, the GOP-held Senate has confirmed Judge Amy Coney Barrett to the Supreme Court, a move that could throw the upcoming election to President Donald Trump. 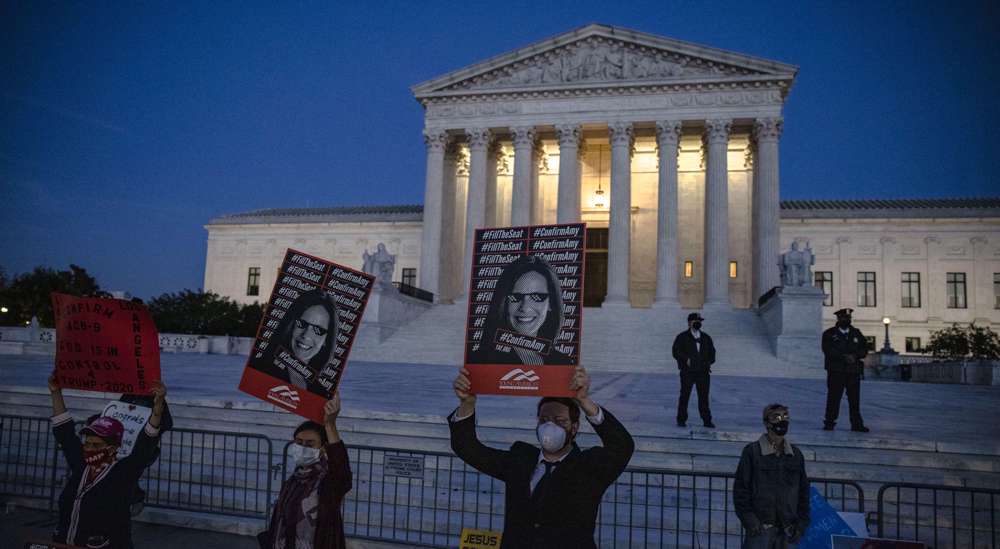 The senators voted in favor of the judge with a narrow margin, 52-48, after a session on Monday.

“By any objective standard, Judge Barrett deserves to be confirmed to the Supreme Court. The American people agree. In just a few minutes, she’ll be on the Supreme Court,” said majority leader Mitch McConnell during his final remarks on the Senate floor.

Republicans needed only a simple majority vote to elevate the nominee to the high court for the third time under Trump.

The Democrats, who all voted against the confirmation, had raised concerns that it is too close to Election Day to consider a nominee, just like the GOP argued in 2016, when a nominee by former President Barack Obama was denied a fair hearing some eight months ahead of the election.

“After refusing a Democratic nominee to the Supreme Court because an election was eight months away, they will confirm a Republican nominee before an election that is eight days away…  The Republican majority is lighting its credibility on fire. This hypocritical, 180 degree turn is spectacularly obvious to the American people,” said Senate minority leader Chuck Schumer. “The American people will suffer the consequences of Judge Barrett’s far-right, out of the mainstream views for generations.”