The chief commander of Iran’s Army has stressed the importance of maintaining security in the country’s border areas, saying the Islamic Republic has bolstered its air defenses near the northwestern frontier amid ongoing clashes over the disputed Nangorno-Karabakh region. 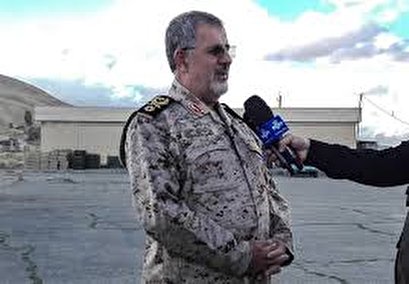 Major General Abdolrahim Mousavi, who also commands Iran’s Air Defense Headquarters, made the remark on Tuesday as fighting continued between Azeri and Armenian forces in the Nagorno-Karabakh region despite three attempts to establish a ceasefire.

“Daesh Takfiri terrorists and the Zionists are outcast elements around the world and their presence in every place will cause insecurity and hatred,” Mousavi said.

He added that Iran’s Army has strengthened the Air Defense units in the country’s northwest and may even deploy more forces to the region if necessary in order to preserve peace for residents of the border areas.

“Respecting the territorial integrity of countries and protecting the official international borders are [among] our recognized principles, the Army commander said. “We will not tolerate any change in them [borders] and have been and are opposed to it.”

Mousavi gave orders to the air defense units of the Army and the Islamic Revolution Guards Corps (IRGC) to boost their preparedness in the volatile region.

Since September 27, Armenian separatists in Azerbaijan’s breakaway region of Nagorno-Karabakh have been engaged in intense clashes against Azeri forces.

The clashes have so far killed more than 1,000 people, including civilians. The flare-up has been the worst violence to break out since 1992, when the separatists invaded the region, forcing the Azeri side into a retreat.