Tuesday, 27 October 2020 _Iran’s representative to UN General Assembly’s Third Committee, Mohammad Zare’iyan, says a new report by the UN rights rapporteur on the human rights situation in country is part of the US ‘maximum pressure’ strategy and aims to mount pressure on Iranian people. 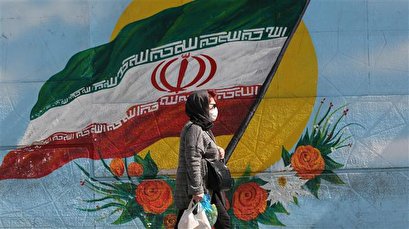 “Those who have drawn up this report, have manipulated human rights issues against my government to distort our realities through use of incorrect information. It is not secret that taking advantage of the ‘so-called human rights issues is part of the US ‘maximum pressure’ strategy against Iranians,” Iran’s UN representative said.

His remarks came after Iran released a detailed report earlier the same day, strongly rejecting the recent report on the situation of human rights in the country, mentioning fundamental and structural weaknesses and shortcomings in the report prepared by the UN special rapporteur.

The review of the human rights situation in Iran was put on the agenda at the 43rd session of the Human Rights Council dated June 22, 2020, during which Sweden proposed a resolution extending the mandate of the Special Rapporteur on the situation of human rights in Iran with support of other Western countries.

Iran’s rights authorities, in a report released on Monday, strongly refuted the measure and the Sweden-drafted resolution mentioning a number of fundamental shortcomings in the report.

“Unfortunately, the report focuses entirely on the negative cases and ignores the efforts, measures and actions which resulted in the promotion of the human rights situation in Iran.”

Share to
Related News
IRGC: US does not understand any language other than force
Tags
against Iranians ، envoy ، pressure
Your Comment