Tuesday, 27 October 2020 _Turkish President Recep Tayyip Erdogan has filed a criminal lawsuit against a far-right Dutch politician for posting an insulting cartoon of him on Twitter. 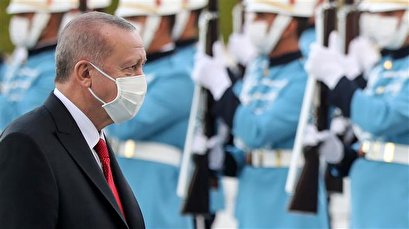 Turkey’s state-run Anadolu news agency reported on Tuesday that Erdogan’s lawyer had filed the complaint against Geert Wilders with the Ankara prosecutor’s office for “insulting the president,” which constitutes a crime under Turkish law.

Invoking the 104th article of Turkey’s constitution, the complaint said that Erdogan represented the Turkish people and the country and any offense against him would be considered an offense against his office and not just himself.

Wilders, whose far-right Freedom party (PVV) is the biggest opposition force in the Dutch parliament, on Saturday shared a cartoon of Erdogan wearing a bomb-shaped hat that featured the logo of his ruling Justice and Development Party (AKP), along with the headline “terrorist.”

Reacting to the insult at the weekend, Erdogan said, “There is this so-called Dutch deputy who speaks ill of us. Unlike him, we don’t condone racism, and fascists have no place in Turkey.”

“Fascism is not in our book, it’s in your book. Social justice is in our book,” the Turkish president said. “The forces that make the world uninhabitable have put us on the target board because we disrupt their games and reveal their true faces.”

Separately, the Turkish president lashed out at his French counterpart this weekend for supporting blasphemous cartoons of Islam’s Prophet Muhammad (PBUH) in France and making anti-Islam comments.