Tuesday, 27 October 2020 _US Secretary of State Mike Pompeo, who is currently on an official visit to India, has said that Washington and New Delhi must work together to confront the “threat” posed by China. 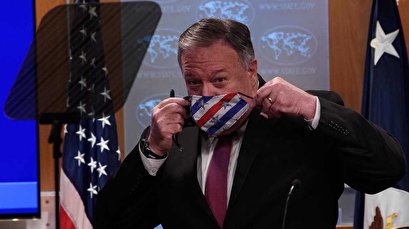 Pompeo arrived in New Delhi on Monday along with Defense Secretary Mark Esper. He is scheduled to meet Indian leaders on Tuesday before heading to Sri Lanka.

His visit comes as Indian and Chinese troops have been locked in a face-off in the western Himalayas, where both sides have been trading accusations of violating the Line of Actual Control (LAC), the de facto frontier between the two countries.

India and China have not been able to agree on their nearly 3,500-kilometer border, over which they went to war in 1962.

“Today is a new opportunity for two great democracies like ours to grow closer,” Pompeo said before the talks with Indian Foreign Minister Subrahmanyam Jaishankar and Defense Minister Rajnath Singh.

“There is much more work to do for sure. We have a lot to discuss today: our cooperation on the pandemic that originated in [the Chinese city of] Wuhan, to confronting the Chinese Communist Party’s threats to security and freedom to promoting peace and stability throughout the region,” he said, in overtly anti-China comments.

The Basic Exchange and Cooperation Agreement on Geospatial Cooperation would provide India with access to a range of topographical, nautical, and aeronautical data that is considered vital for better accuracy of its missiles and drones.

It will also allow the United States to provide the latest navigational technology on US-supplied aircraft to India.