Tuesday, 27 October 2020 _A week after a blaze broke out inside a ballot drop box in the US state of California, another incident of fire in Boston has damaged dozens of ballots, casting doubts over the integrity of the election process. 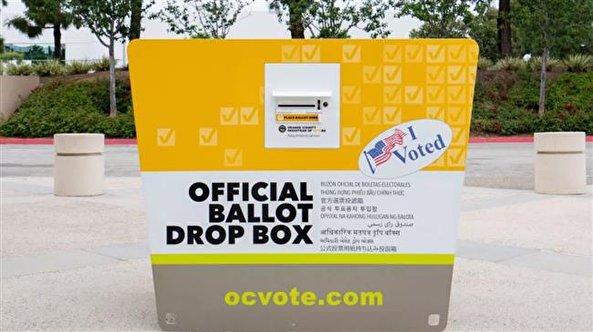 The fire erupted on Sunday in a box outside the Boston Public Library in downtown Boston, damaging at least 35 of the 122 ballots inside, according to the office of Massachusetts Secretary of State William Galvin, Newsweek reported on Monday.

Galvin and Boston Mayor Martin Walsh called the incident "a disgrace to democracy,” which came days ahead of the November 3 presidential election being contested between Republican incumbent President Donald Trump and Democratic nominee Joe Biden.

The officials said torching the box was "a disrespect to the voters fulfilling their civic duty, and a crime" and said "any effort to undermine or tamper" with local elections will "be prosecuted to the fullest extent of the law."

The Federal Bureau of Investigation (FBI) has launched an investigation into the incident which marked the second such incident in a week.

The FBI said it was a "top priority" of the agency to "help maintain the integrity of the election process in Massachusetts by aggressively enforcing federal election laws."

"Voters in Massachusetts can feel confident in the success of the information-sharing protocols that we have established with our local, state, and federal election security partners in advance of the 2020 election," the FBI said in a statement.

Police released images of a man who appears to be grasping inflaming newspaper as he nears the ballot box, urging members of the public to help identify the individual pictured.

The Boston Police Department said in a statement that emergency responders extinguished the fire by filling the ballot box with water but it has damaged more ballots.

A similar incident happened in California on October 18 where a large number of completed ballots were reportedly destroyed in the fire, which erupted in front of Baldwin Park's public library in Los Angeles County.

“The arson of an official ballot drop box by the Baldwin Park Library in the First District has all the signs of an attempt to disenfranchise voters and call into question the security of our elections,” Los Angeles County Supervisor Hilda L. Solis said in a statement. “Tampering, or attempts to tamper, with our democracy will not be tolerated."