US: Five States Are at Highest Risk of election-related armed violence

US: Five States Are at Highest Risk of election-related armed violence 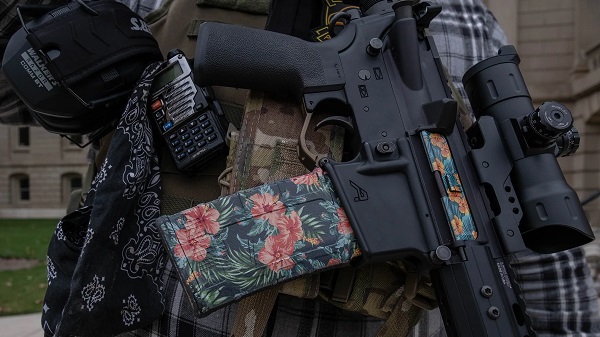 A joint report released last Wednesday by the Armed Conflict Location and Event Data Project (ACLED) and MilitiaWatch determined Pennsylvania, Georgia, Michigan, Wisconsin and Oregon to be at high risk for increased militia activity leading up to and following the election. USA Today reported on the study on Tuesday.

ACLED and MilitiaWatch caution in the report that the militias may be active in capitals, peripheral towns, medium-population cities and suburban areas with centralized zones.

“Militia groups and other armed non-state actors pose a serious threat to the safety and security of American voters,” the study said. “Throughout the summer and leading up to the general election, these groups have become more assertive, with activities ranging from intervening in protests to organizing kidnapping plots targeting elected officials.”

They write that the groups train for urban and rural combat, use propaganda and act as “security operations” for online and in-person events.

“There is an increasing narrative and trend that groups are organizing to ‘supplement’ the work of law enforcement or to place themselves in a narrowly defined ‘public protection’ role in parallel with police departments of a given locale,” the report said.

The report names nine militias as the “most active” in the U.S. that could take action leading up to or after the election, including Three Percenters, Proud Boys, Oath Keepers, Light Foot Militia, Civilian Defense Force, American Contingency, Patriot Prayer, Boogaloo Bois and People’s Rights.

Sam Jones, an ACLED spokesman, told USA Today his organization and MilitiaWatch have tracked more than 80 groups since the beginning of the summer, with most being right-wing groups.

"Still, these risks do not mean that violence is inevitable," Jones said. "Voters should not be intimidated. Rather, we hope people are able to use the data to evaluate their own threat environment and organize locally to stay safe, reduce polarization in their communities and, ultimately, mitigate the risk of violence."

The joint report, titled "Standing By: Right-Wing Militia Groups and the U.S. Election," takes its name from President Trump’s comments at the first presidential debate when he was asked to condemn white supremacy and the Proud Boys and responded “stand back and stand by.”

Share to
Related News
Hundreds of Trump’s Supporters stuck in freezing temperatures
Trump supporters clash with counter-protesters in New York city on 2nd day of voting
A man with threat to kidnap and kill Biden and Harris is Arrested
13 charged in plots against Michigan Governor Whitmer, government
US descends into 'chaos' because 'president isn’t up to the job'
Twitter prohibits posts wishing for Trump to die of COVID-19
Tags
US ، election ، army ، military ، violence ، presidential election
Your Comment