US Sen. criticized the media for focusing just on COVID-19 cases 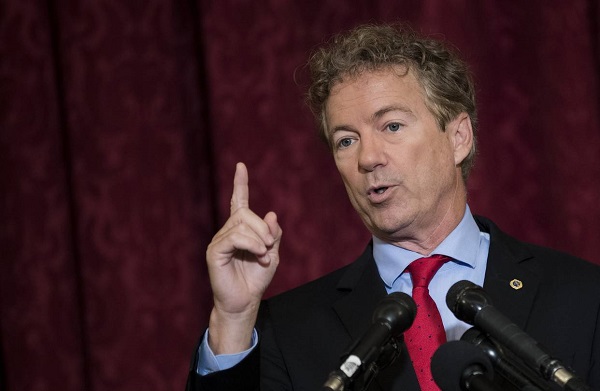 Sen. Rand Paul (R-Ky.) criticized the media in a Tuesday tweet for what he said was it not reporting a drop in the COVID-19 mortality rate in Spain, which is experiencing a surge in new coronavirus cases.

“New COVID infections up 33% in Spain but mortality down 82%,” Paul tweeted while sharing a link to Spain's coronavirus totals. “The Leftwing media reports the new cases but refuses to let anyone hear the good news — mortality rates are plummeting!”

According to Worldometers, Spain recorded 17,396 new coronavirus cases on Sunday, along with 93 deaths.

The country recently declared a state of emergency in an effort to battle a second wave of infections that is also impacting neighboring France, which also saw a record number of new cases over the weekend.

“The reality is that Europe and Spain are immersed in a second wave of the pandemic,” Spanish Prime Minister Pedro Sanchez said in a Sunday statement. “The situation we are living in is extreme.”

Paul, like President Trump, is a staunch critic of shutdowns in the U.S.

“Just now: @JoeBiden will not rule out more lockdowns,” Paul tweeted. “This should be disqualifying. We have had enough petty tyrants like @NYGovCuomo hurting our economy and hurting our children.”

The coronavirus has been a top issue in the 2020 U.S. presidential campaign, with Biden making Trump's handling of the pandemic a central argument.

The president has argued that millions would have died without the steps his administration took.

Both Paul and Trump have tested positive for the coronavirus.