Army Commander: Iran will deal with Takfiri elements near its borders 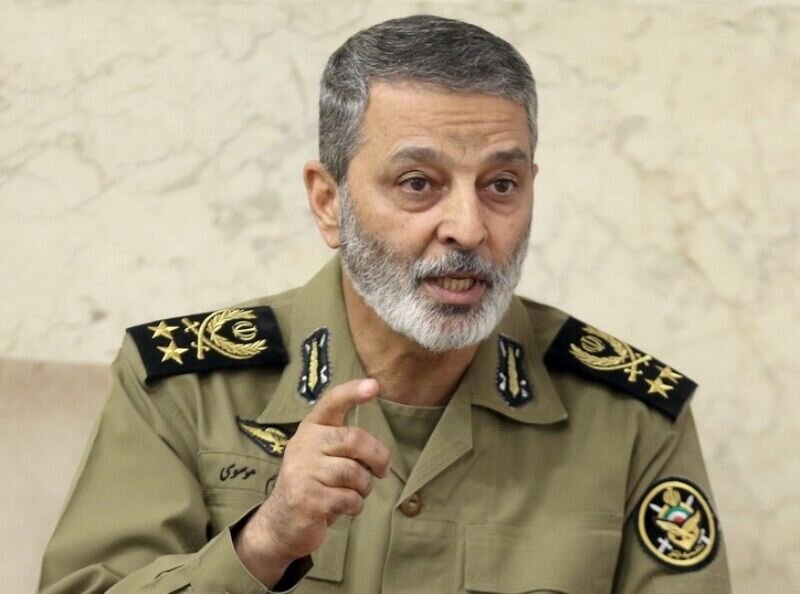 In his visit to Air Defense Units and investigation of the air defense readiness status in the northwest of the country, Iran’s Army Commander, Major General Seyyed Abdolrahim Mousavi hinted maintaining the security of the people, especially the border residents.

Regarding the presence of Takfiri members in the region, he added, "Takfiri terrorists, ISIL and the Zionists are rejected elements all over the world, and their presence everywhere causes hatred and insecurity."

"Our forces will deal severely with the presence of these elements near our borders," he said.

Share to
Related News
IRGC: Iran’s resistance power managed to weaken the US’ strategic position
Khatibzadeh: The Terrorist Attack on Iran's Embassy in Kabul is an example of US allies
IRGC Chief: There is no Limit to US to defend Iran’s interests
Iran air defenses bolstered near NW border amid Karabakh war: Army chief
al-Kaabi: The US embassy is a military base and the main root of Iraq’s problems
Lame-duck Trump better not threaten a warrior nation like Iran: Envoy
Zarif: Cowardly, vicious US killed Daesh’s No. 1 enemy
Tags
army commander ، Iran ، takfiri groups ، terrorism
Your Comment