Wednesday, 28 October 2020_Iran’s President Hassan Rouhani has condemned the Islamophobic comments made by French and other Western officials, saying disrespecting Islam’s Prophet Muhammad (Peace be upon Him) is equal to insulting all Muslims and human values. 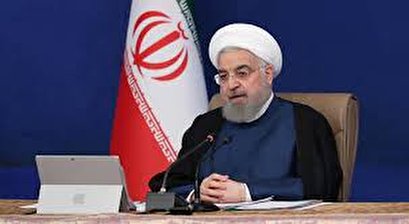 It is surprising that those who claim [to be advocating] culture and democracy somehow encourage others, albeit unintentionally, to [commit] violence and bloodshed,” he told a cabinet meeting in Tehran on Wednesday.

Respect for others, morality and freedom were among the teachings of Prophet Muhammad (PBHU), he noted, stressing that vilification, insults and drawing offensive caricatures do not manifest democracy and humanity.

“It is surprising that the countries, which claim [to be promoters of] freedom, rights and law encourage people to insult each other and those loved by [other] people,” Rouhani said.

The president added, “The Westerners should understand that the great Prophet of Islam is loved by all Muslims and freedom-seeking people in the world. Insulting the Prophet is a violation of morality and an insult to all Muslims, divine prophets and human values.”