The EU Council president: Rapid tests could be 'game-changer' in EU's coronavirus response

Thursday, 28 October 2020 (YJC)_ The European Council president is setting out a strategy to get Europe to coordinate its efforts in the battle against the pandemic. 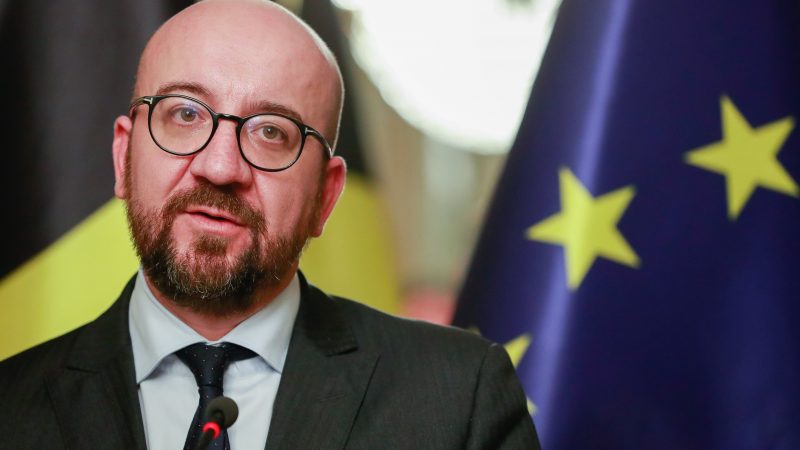 The European Council president Charles Michel is setting out a strategy to get Europe to coordinate its efforts in the battle against the pandemic, however, the second wave is forcing many countries to lockdown.

As the EU finds itself in the grip of a COVID-19 second wave, cooperation is key. That's the message of Council president Charles Michel ahead of a virtual meeting of heads of state and government on Thursday.

Speaking to Euronews, Michel said that a major part of the fight against the pandemic will be rapid testing. He said EU leaders must agree as fast as possible on rapid tests, such as saliva tests.

"Until now, we only had these famous PCR tests which are tests that take several hours before we can get the results. Rapid tests can be a game-changer, they can change our strategy and that is why we must cooperate on the approval of rapid tests to organize their mutual recognition. It could also help us restore the free movement of people if these rapid tests can be deployed effectively."

Beyond rapid testing, the race for a vaccine is critical to getting life back on track. But, Michel warns, it won't be a magic wand.

"Vaccines will need to be deployed effectively across Europe, identifying priority populations, like the elderly or people with chronic diseases, who are most vulnerable," explains Michel.

Since March, the way EU countries managed the crisis as well as how the EU itself responded has come in for criticism. However, Michel defends the bloc's track record:

"Immediately, the European Union took the lead in the world to ensure that a vaccine could be developed in record time. We will probably succeed in just one year in deploying vaccines, whereas traditionally it takes ten years to be happy with a vaccine that is produced."

However, the trillion-euro coronavirus recovery package agreed by EU leaders in July is facing tough scrutiny in the European parliament. He hopes MEPs will agree in the next few days on the final figure, so that money can make it to those in need by early next year.