Thursday, 29 October 2020_Democratic Republic of Congo's army says its troops have killed 33 militiamen since intense fighting erupted in the northeastern province of Ituri on Saturday. 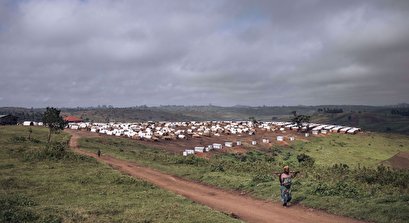 A spokesman for the United Nations said a wing of the armed militia group known as CODECO, attempted to storm the province's capital Bunia on Saturday.

"They wanted to teach our troops a lesson but instead they suffered themselves," Jules Ngongo, an army spokesman, said on Wednesday.

A spokesman for the United Nations said UN peacekeepers also helped the army thwart the attack launched by CODECO fighters loyal to the rebel leader known as "Mountain Wolf" on an army position near Dele, 6 km (4 miles) southeast of Bunia.

The DR Congo's military said that the Congolese forces captured two rebel strongholds in the fighting.

Two soldiers were also killed in the past four days.

CODECO, which is drawn mainly from the Lendu ethnic group, is accused by the UN of widespread and systematic killings, beheadings, rape and other barbaric acts that have contributed to prolonged instability in the east of the African country.

Violence in the area has largely subsided since some elements of the group announced a truce in August, following an appeal made through former warlords in the region.