Thursday, 29 October 2020_Myanmar’s election commission has barred certain areas in the country from voting in upcoming elections, deepening concerns about the credibility of the polls, as more than 1.5 people in the Buddhist-majority country remain without the right to vote. 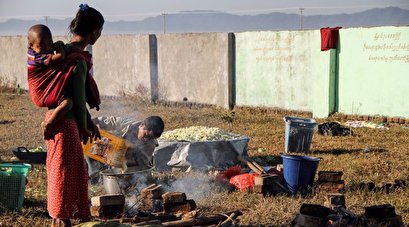 The vast majority of those affected are in Rakhine State, the site of a state-sponsored, genocidal campaign against the minority Muslim Rohingya as well as ongoing fighting between the army and Buddhist militants.

Hundreds of thousands of Rohingya Muslims have fled Rakhine, but many thousands also remain there, confined to camps and apartheid conditions.

The Myanmarese military has also been battling the so-called Arakan Army in Rakhine as well as Chin State since January last year. The militant group is seeking more autonomy for ethnic Rakhine Buddhists.

Now, 1.2 million people in Rakhine will no longer be able to vote in the country’s November 8 general elections, the first poll since de facto leader Aung San Suu Kyi’s National League for Democracy (NLD) won a landslide victory in 2015.

Experts have voiced concern that the disenfranchisement will further alienate ethnic minority groups in the troubled Rakhine.

“The Union Election Commission’s procedures to cancel elections in conflict-affected constituencies are not transparent or consistent,” Min Zaw Oo, the executive director of the Myanmar Institute for Peace and Security, told Al Jazeera on Thursday.

“The cancellation will lead to the disenfranchisement of 73 percent of Rakhine voters and inevitably push them to more radical approaches, making it harder for national reconciliation,” he said.

Rakhine came to global attention in 2017, when more than 750,000 Rohingya fled to neighboring Bangladesh to escape a military crackdown that UN investigators said was carried out with “genocidal intent.” Bangladesh was already hosting some 200,000 Rohingya when the exodus began.