US citizens born in Jerusalem can now list Israel on passports

Thursday, 28 October 2020 (YJC)_ Secretary of State said American citizens born in Jerusalem will now be able to list Israel as their country of birth. 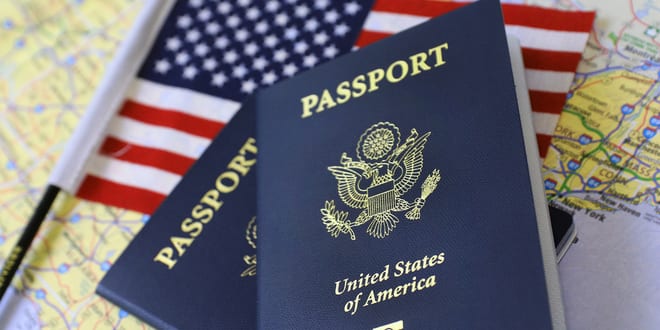 American citizens born in Jerusalem will now be able to list Israel as their country of birth, Secretary of State Mike Pompeo said on Thursday, shifting U.S. policy in favor of recognizing further Israeli sovereignty over the holy city.

Previous administrations had only allowed U.S. citizens born in Jerusalem to list the city as their country of birth, with the final status of the city expected to be decided in direct negotiations between Israelis and Palestinians as part of efforts to achieve a two-state solution.

The policy to withhold labeling Israel on U.S. passports for citizens born in Jerusalem was challenged in a 2015 Supreme Court case, which sided with the Obama administration, at the time, and said the power to recognize sovereignty rested with the executive branch.

Pompeo on Thursday said that the policy change does not reflect a U.S. decision on the sovereign boundaries of Jerusalem — which Palestinians hope to establish as a capital of a future state — but is a reflection of President Trump’s earlier proclamations recognizing Jerusalem as the capital of Israel.

“As the President stated in his proclamation, the United States recognizes Jerusalem as the capital of Israel and its seat of government but continues to take no position on the boundaries of Israeli sovereignty in Jerusalem,” Pompeo said in a statement.

“This matter remains subject to final status negotiations between the two Parties.”

Pompeo said on Thursday that the U.S. “remains strongly committed to facilitating a lasting peace agreement.”

“The President’s Vision for Peace provides a realistic and achievable pathway for that peace to happen and I encourage the Palestinians to come to the table and negotiate,” he said.

The policy change comes less than one week before the Nov. 3 presidential election and as Trump touts himself as one of the most pro-Israel presidents to his base of evangelical Christian supporters.

The latest move follows the administration lifting on Wednesday restrictions for U.S. investment in research and technology projects with Israel in Israeli settlements in the West Bank, which the international community considers illegal.

The move is likely to further infuriate Palestinians, who condemned U.S. investment in Israeli settlements as “deformed policies.”