Thursday, 29 October 2020 _An Israeli court has turned down a request filed by lawyers of hunger-striking Palestinian prisoner Maher al-Akhras for his transfer to a hospital in the occupied West Bank. 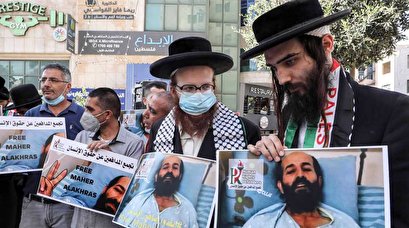 On Thursday, Israel’s higher court of justice ruled that al-Akhras had no right to be transferred to a Palestinian hospital in the occupied West Bank, Palestinian Information Center reported.

Reacting to the ruling, the resistance group Islamic Jihad’s Muhjat al-Quds Foundation for Prisoners accused Israeli authorities of endangering the lives of the prisoners and described the verdict as a slow death sentence against al-Akhras, who is now in his fourth month of hunger strike in Israeli custody.

Several international organizations have demanded the Israeli regime release Akhras, who entered the 95th consecutive day of his open-ended hunger strike on Thursday in protest against his administrative detention.

The United Nations recently urged Israel to put an end to the practice of administrative detention and immediately release Akhras.

Michael Lynk, UN special rapporteur on human rights in the Palestinian territories, called on Tel Aviv to end administrative detention, in which Israel keeps detainees for up to six months, a period which can be extended an infinite number of times, sometimes for years.

Lynk also called on Tel Aviv “to abolish” the practice of administrative detention and free those detainees it has placed behind bars in its prisons.

The International Committee of the Red Cross (ICRC) has warned that the inmate was entering a medically “critical phase.”