Friday, 30 October 2020_The commander of the Iranian Army's Ground Forces has warned enemies that they would be given no breathing space near the country’s borders, adding that there was no immediate threat to border areas amid the ongoing conflict between the Republic of Azerbaijan and neighboring Armenia. 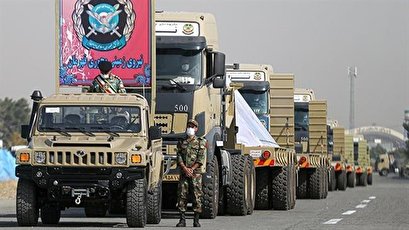 “The enemy must know that we will give [it] no breathing room near Iran’s borders,” Brigadier General Kioumars Heidari told reporters after inspecting border areas with the two warring South Caucasian countries.

Among the areas inspected by the commander was East Azarbaijan Province’s Khoda-Afarin County that has played an unwilling host to some stray bullets from a September 27-present flare-up between the ex-Soviet republics.

Iran has warned that it would not tolerate even accidental violation of its border security as a result of the conflict that has seen the two sides trade heavy deadly fire over the disputed Nagorno-Karabakh region.

The escalation and its potential fallout for the Islamic Republic have prompted inspections by Iranian military top brass to the border areas and had Iran’s Islamic Revolution Guards Corps (IRGC) deploy a mechanized brigade in the whereabouts.