If elected, Joe Biden would consult allies on tariffs on China

Friday, 30 October 2020 (YJC)_Democratic presidential nominee’s advisers said he would immediately consult with America’s main allies before deciding on the future of U.S. tariffs on China. 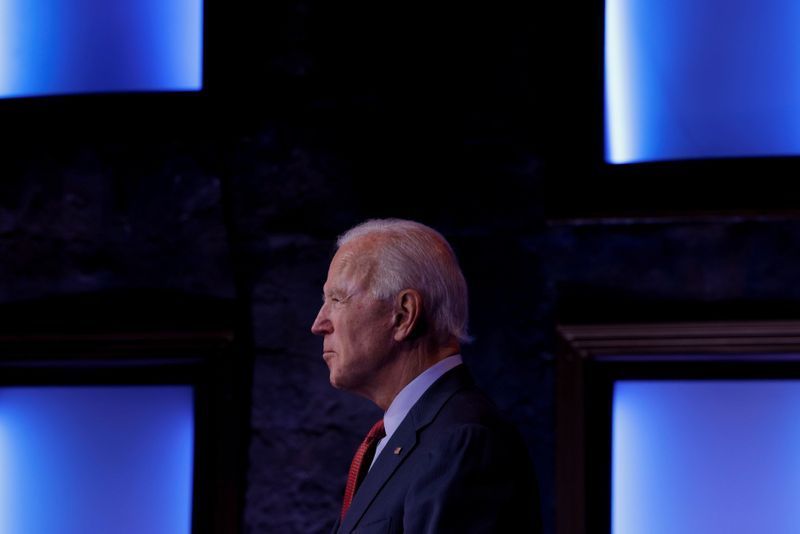 Democrat Joe Biden would immediately consult with America’s main allies before deciding on the future of U.S. tariffs on China, seeking “collective leverage” to strengthen his hand against Beijing if he is elected president, Biden top advisers said.

In an interview with Reuters six days before the presidential election, the two Biden aides said the starting point would be to not repeat the mistakes of President Donald Trump when he slapped tariffs on European and Canadian goods as part of his “America First” agenda, antagonizing key U.S. partners.

“The failure of the Trump administration has been to go it alone. And that has given China an escape hatch,” said Jeffrey Prescott, a former senior foreign policy adviser in the Obama administration.

The advisers declined to say whether the Democratic presidential candidate, if elected, would be inclined toward lifting the massive tariffs on China that Trump has used to fuel a trade war between the world’s two biggest economies.

“He’s not going to lock into any premature position before we see exactly what we’re inheriting,” Prescott said. “But consulting with allies is going to be a central part of that.”

The bitter trade dispute is just one of the main sources of tensions between Washington and Beijing, whose relations have sunk to the lowest point in decades over a range of issues, including the coronavirus, Hong Kong, intellectual property theft, human rights, Taiwan and the South China Sea.

China has been a central foreign policy focus in the 2020 presidential campaign. In political rallies, Trump has often claimed that Biden would take a softer approach to China.

Trump and his aides argue, without evidence, that China itself is paying the U.S. tariffs. Trump says a Phase 1 trade deal signed with China in January was a big step forward, but experts say Beijing’s total purchases of U.S. goods will fall far short of the targets set for the first year of the accord.

But due to the political sensitivities of easing U.S. pressure on China, questions remain about the prospect that Biden will act swiftly to decrease tariffs if he is elected.

Biden’s advisers made clear that he would first want to confer with U.S. allies instead of taking unilateral action on trade action the way Trump did.