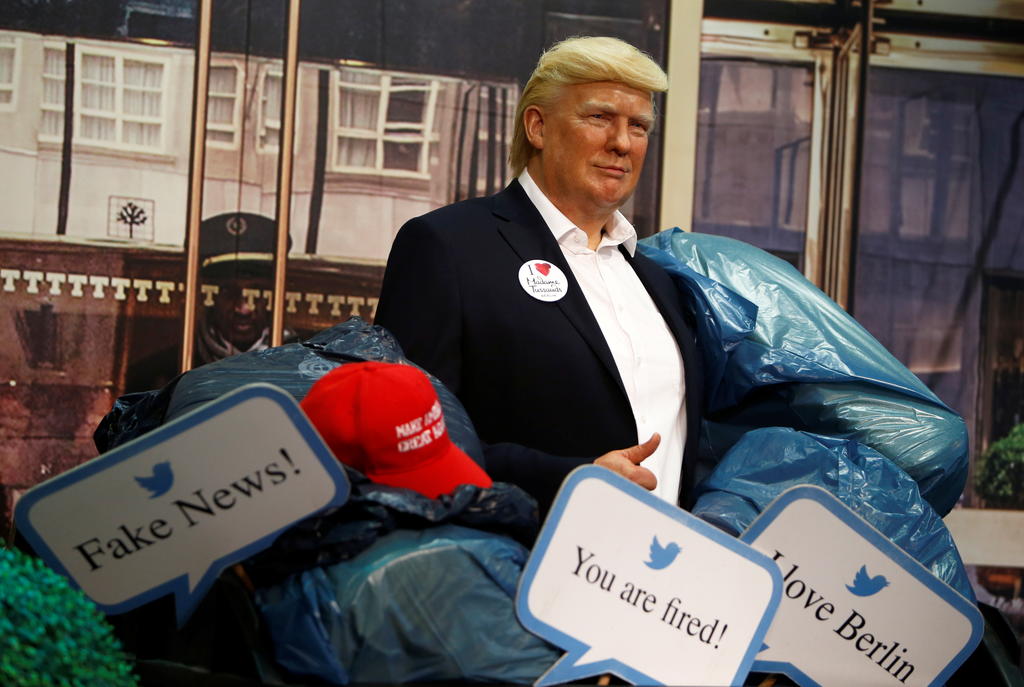 Berlin's Madame Tussauds hauled its wax sculpture of President Trump into a dumpster Friday, according to Reuters.

The Trump replica was placed in a dumpster with the words "Dump Trump Make America Great Again" written on the front of it and surrounded by garbage bags and images of tweets reading "Fake News!," "I love Berlin," and "You are fired!"

The museum made the move in anticipation of Tuesday's election, marketing manager Orkide Yalcindag told Reuters.

“Today’s activity is rather of a symbolic character ahead of the elections in the United States,” Yalcindag said. “We here at Madame Tussauds Berlin removed Donald Trump’s waxwork as a preparatory measure.”

The display also features wax figures of former Presidents Obama and Reagan placed outside of the dumpster.

This is not the first time Tussauds has used a Trump figure to make a statement. In August, the museum's New York location placed a face mask on their Trump to encourage visitors to wear them to help fight the spread of the coronavirus. 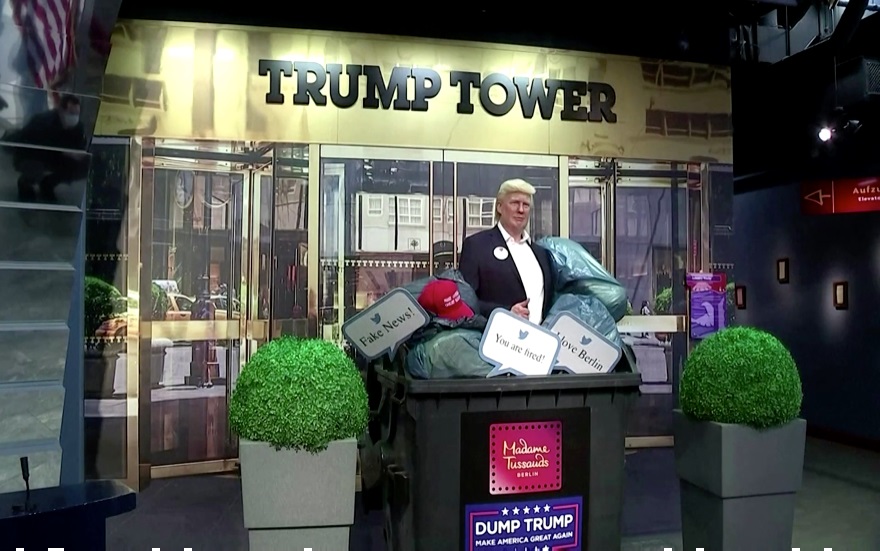 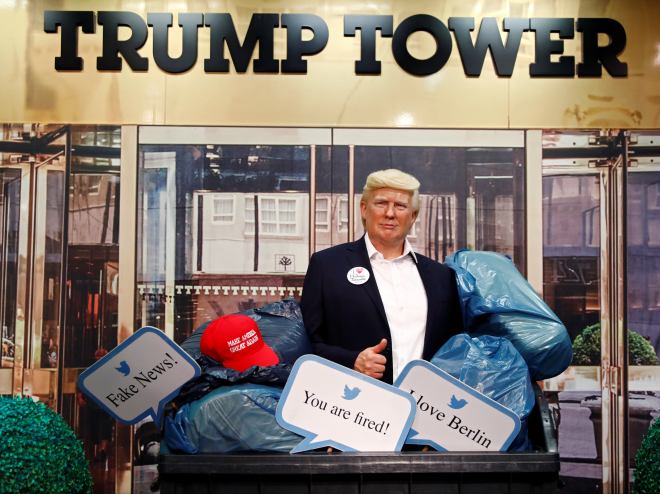