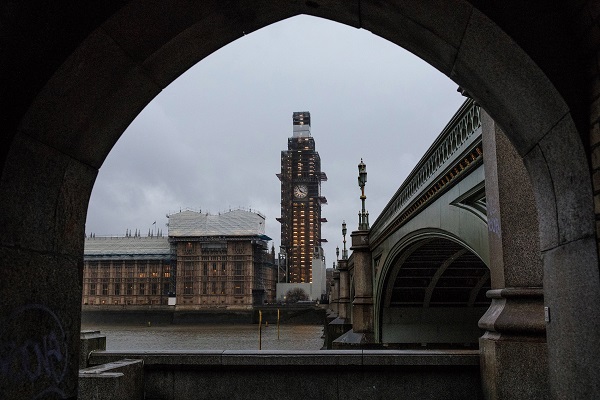 Britain raised its terror threat to its second-highest level on Thursday in the wake of attacks in Austria and France.

The "severe" level means an attack in the United Kingdom is considered highly likely.

It was previously at "substantial", which meant an attack was thought to be likely.

Home Secretary Priti Patel announced the decision after a deadly attack in the Austrian capital of Vienna the night before.

A man who had sought to join the so-called Islamic State (IS) opened fire with an automatic rifle in the Austrian capital on Monday night, killing four people before police shot and killed him.

Although Patel said the increased security alert was a "precautionary measure and is not based on any specific threat".

"We have already taken significant steps to amend our powers and strengthen the tools for dealing with the developing terrorist threats we face," she said in a statement.

"That process will continue, and the British public should be in no doubt that we will take the strongest possible action to protect our national security."

It assesses and considers intelligence relating to international terrorism, at home and overseas, and sets threat levels and issues warnings of threats and other terror-related information.

France has also been struck by two violent attacks in a matter of weeks; a knifeman killed three people last week at a church in Nice and on October 16 a French teacher, Samuel Paty, was beheaded after showing cartoons depicting Islam's prophet in a class on freedom of speech.

The attacks in Vienna and Nice came on the eve of the countries introducing new more restrictive lockdown measures to tackle the coronavirus.