Thursday, 05 November 2020 _Russian President Vladimir Putin has expressed his support for a proposal by a leading mufti from the country’s North Caucasus region to call on other United Nations (UN) member states to pass laws protecting the feelings of religious believers. 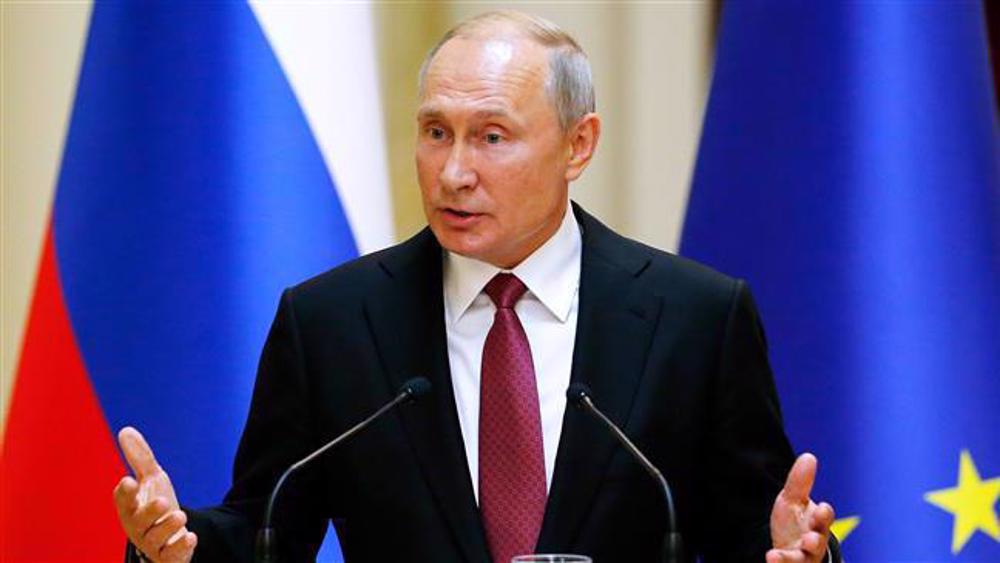 “We need to think about it. It is indeed a good initiative and I don’t understand how anyone would oppose banning actions that insult the feelings of religious believers,” Putin said during an online meeting with religious leaders on Wednesday.

The Russian president said he would order the country’s Foreign Ministry to consider the matter.

The initiative was put forward by Chairman of the North Caucasus Muslim Coordination Center Ismail Berdiyev, who cited Russia’s own law protecting the feelings of religious believers.

Russia has been enforcing that law since 2013. A blasphemy law that came into force in July also allows for prison sentences of up to three years for those who offend Russian citizens’ religious feelings.

The development comes as French President Emanuel Macron’s back-to-back insults against Islam and Islamic sanctities over the past several months have outraged the roughly two billion Muslims in the world.