EU imposed sanctions on Alexander Lukashenko and his son

Saturday, 07 November 2020 (YJC)_ The European Union imposed sanctions on the president of Belarus and 14 other officials. 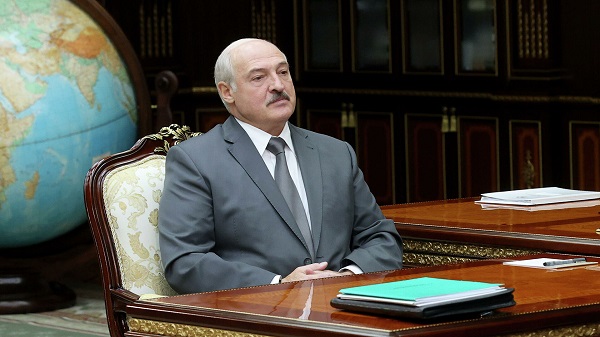 The European Union imposed sanctions Friday on the president of Belarus and 14 other officials over their roles in the security crackdown launched during protests of the country's contested August presidential election.

EU headquarters said in a statement that Belarusian President Alexander Lukashenko was put on the sanctions list along with his son and national security adviser, Viktor Lukashenko. The sanctions ban listed individuals from travelling within the European Union and a freeze on their assets. EU citizens and companies also are forbidden from providing them with funds.

Protests have rocked Belarus ever since the Aug. 9 election, and more than 15,000 people in the country have been arrested. The official results returned Lukashenko to power with 80% of the vote and were widely seen as rigged, including by the EU. About 200 disabled people rallied in the capital Minsk on Thursday.

In its sanctions listing, the EU said that President Lukashenko “is responsible for the violent repression by the State apparatus carried out before and after the 2020 presidential election, in particular with the dismissal of key opposition candidates, arbitrary arrests and ill-treatment of peaceful demonstrators as well as intimidation and violence against journalists.”

The addition of Lukashenko and his associates means that a total of 59 Belarusian officials are subject to the EU sanctions.