Monday, 09 November 2020 (YJC)_ A hotline set up by the Trump campaign to collect reports of alleged election or voter fraud has reportedly been jammed. 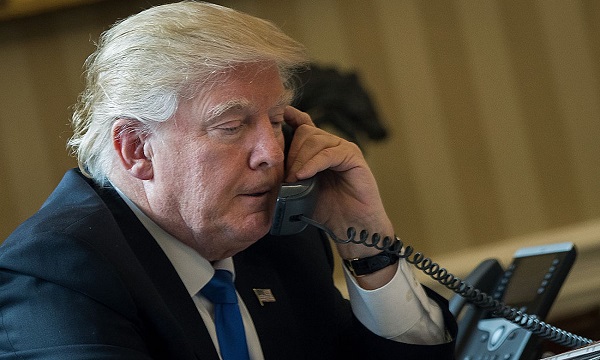 The Trump campaign set up a hotline for voters to report allegations of voter fraud, but it has been flooded by prank callers after becoming a trend on TikTok and Twitter.

ABC News reported that the hotline, which directs callers to a voicemail box, has been flooded by messages mocking the campaign over Biden's victory in the presidential election. The Associated Press and broadcast networks on Saturday projected Biden had won the race.

Eric Trump, one of the president's sons, addressed the calls on Twitter, blaming the Democratic National Committee (DNC) for the pranksters.

"The hotline is proving to be very effective as there are thousands of Americans who had very concerning experiences while voting. We are gathering information as we prepare to move forward," added a Trump campaign spokesman in an emailed statement to The Hill.

The president and his allies have baselessly alleged for months that the 2020 election would be subject to massive fraud and corruption as a result of efforts by officials around the country to expand mail-in voting systems in response to the ongoing COVID-19 pandemic. There is no evidence that widespread voter fraud with mail-in ballots.

A White House commission to investigate Trump's evidence-free claims of voter fraud was disbanded in early 2018 without taking any major action after it said many states refused to hand over voter data.