Tuesday, 10 November 2020 _It’s impossible for the US presidential election to have gone worse for the empire: America now has two presidents. 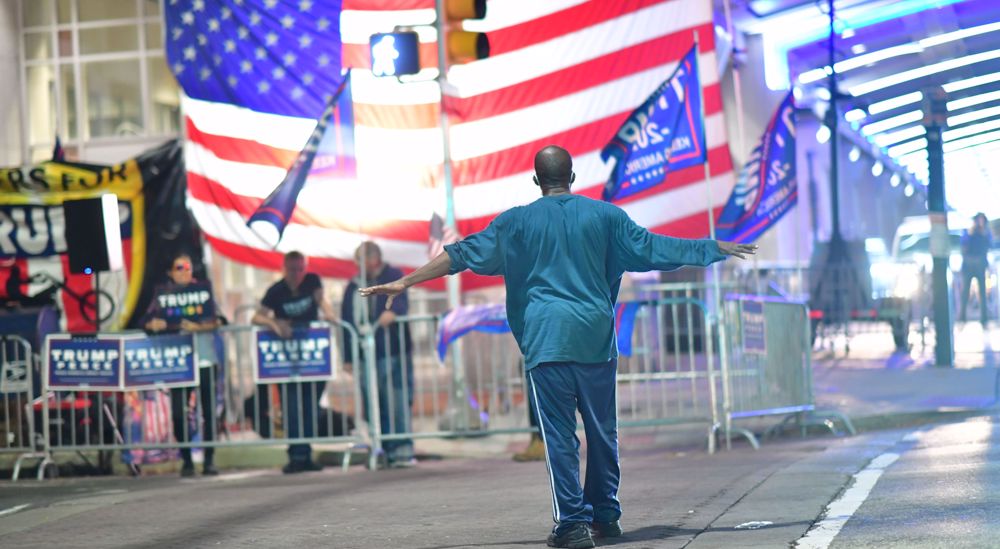 That can’t be denied, yet their mainstream media is spinning like mad the idea that there is no problem: The election is over and that Democrat Joe Biden is the president-elect. This is likely a biased view, but it’s certainly terrible journalism. Journalists have the right to do whatever they want - project election winners, ignore half the electorate, talk about “partition” - but we have no legal power to decide who actually won.

But to their clearly anti-Trump mainstream media: “Nothing to see here, move along.”

Seriously? American journalism in action is really something to see.…

The media keeps pointing out that all the lawsuits have failed so far, but it just takes is one and it goes to the top - the Supreme Court deciding this election continues to look not just possible but probable. The idea that American judges are mostly liberal rebels and not by-the-book conservatives is preposterous - they are judges, after all. Record absentee balloting and an incumbent who focuses on his rights and benefits first, last and always both remind us how very not by-the-book this election is.

The ultimate fault for the current “Avignon Papacy” situation - the Roman Catholic church had two popes for most of the 14th century - lays not with the media but with the candidates, and especially Joe Biden. For months he bemoaned the unpredictability of Trump, and yet Biden declared victory Saturday based merely on an AP projection. It was an incredibly self-interested, dangerous, destablizing and confidence-shaking move to make - it was a very Trumpian.

If the very slim numbers (Biden is up by an average of just 30,000 votes in three different states) were flipped and Trump declared early the mainstream media would be up in arms, and rightly so. Biden continues to - as the first debate reminded us - willingly jump down to the Trumpian unpresidential gutter, and yet because Trump licks the gutter’s floor Biden is somehow given a free pass.