US urged to shelve $2.9bn drone sale to UAE over civilian deaths in Yemen, Libya

Tuesday, 10 November 2020_Amnesty International has called on the United States to drop plans to sell sophisticated armed MQ-9B aerial drones to the United Arab Emirates (UAE), saying that there is evidence of civilian deaths as a result Abu Dhabi’s involvement in war-torn Yemen and Libya. 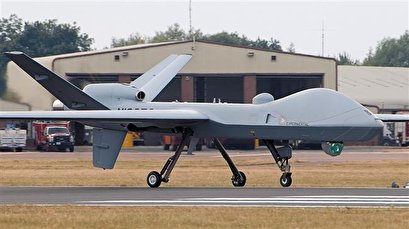 Philippe Nassif, advocacy director for the Middle East and North Africa at Amnesty International USA, said on Monday that Washington must resolutely refrain from supplying the UAE with arms that could kill civilians in Yemen and Libya.

“The startling fact that the United States government continues its unflinching support of providing weapons that risk adding to the devastating toll of Yemeni civilians unlawfully killed and injured by US-made weapons should shake to the core every person living in this country,” Nassif said.

Last week, the US State Department gave Congress notification of the planned sale of more than a dozen state-of-the-art armed MQ-9B unmanned aerial vehicles to the UAE under a deal worth approximately $2.9bn, less than two months after the Persian Gulf country signed a US-brokered deal to normalize with Israel.

The move comes on the heels of a previous notification of a potential sale of 50 Lockheed Martin F-35 stealth fighter jets to the UAE, in a sale that could amount to $10 billion.